Everyone who know me knows that I’m a health nut. I want to put the best foods into my body so I can get the best performance out of it. If you know me well (or read this blog), you also know that I’ve struggled with digestive issues for a long time. So as I watched the Paleo diet climb in popularity, and as I read all the raves from Paleo devotees, I became intrigued. I became hopeful that the Paleo diet would finally be that magic bullet that would make me run faster and feel better.

So I tried it. I read It Starts With Food and followed the Whole30 in October and November. After the Whole30, my diet stayed Paleo, with some holiday divergences, and I kept it up until this month.

The Paleo diet didn’t change my life. Here’s why:

(Note: I am aware that this was not exactly a highly controlled scientific experiment. There was more than one variable, so not all of these can be blamed on Paleo.)

I’m not by any means claiming that the Paleo diet is evil. In fact, I think the Paleo diet can be very healthy, if you do it right (Hint: Doing it right means eating lots and lots of veggies and some meats, not basing your diet on bacon and paleo “treats.”). 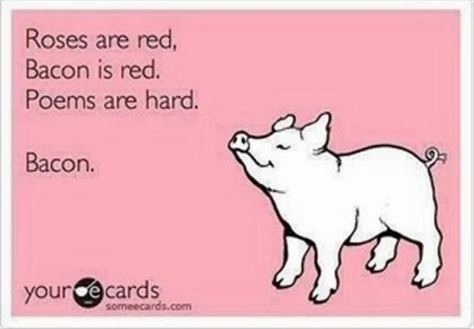 I am saying that the Paleo diet is probably not the cure-all miracle diet that some make it out to be. Diet is an individual thing; what works for some doesn’t for others. And this didn’t work for me.

On to new experiments!

What are your thoughts on/experiences with the Paleo diet?