For the last few years, I’ve joined the trend of choosing one word to drive my goals and focus for the coming year, rather than setting specific resolutions. I love this concept: choosing a versatile word fits so many contexts, and using it as a sort of mantra helps me stay focused and come closer to my goals. In 2017, my word was “stability”: J and I had quit the teaching jobs we’d held for 9 years and accepted new ones, sold our house, and moved, so I was craving stability. I was also dealing with an ongoing running injury due to a lack of strength and stability training, so “stability” covered both getting settled and getting healthy. Last year, my word was “connect” — less abstract than “stabilize,” as I was focused on relationships, but it covered a broad range of relationships — professional, community, family, friendships. And that brings me to my word for 2019: 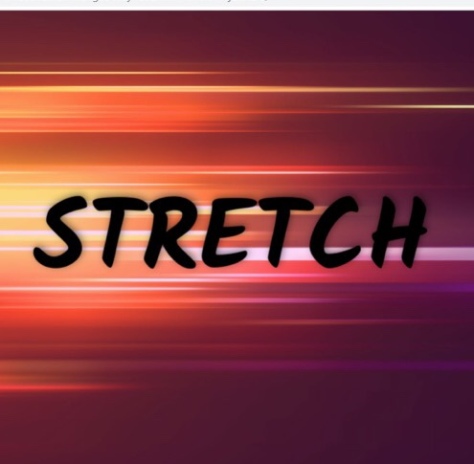 Like “stability,” “stretch” covers many areas of my life, but the general idea is that I want to work on getting out of my comfort zone. Building on “connect” from last year, I want to continue creating and deepening relationships… and as an introvert, that requires me to stretch. It’s easier for me to say “no,” to run alone, to spend weekends at home with my grading or my book, so I’m going to have to keep stretching myself to say “yes,” to join group runs, to meet up with friends and family even when my book and yoga pants are calling. 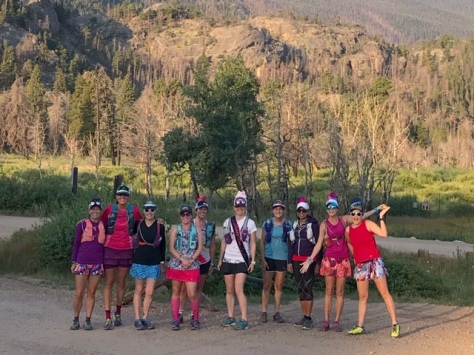 It’s always worth it when I make the effort. Sometimes I even get to wear a birthday crown and sash.

“Stretch” also applies to my work life. I’ve been teaching 12 years now, and the kids in my classes today learn differently, act differently, and connect differently than the kids of a decade-plus ago. I need to stretch my “teacher toolbox” and my ideas of what works, learning new techniques and trying new things… even when that’s scary.

I also want to work on physically stretching (and foam rolling, etc.). As my dad would say, “You ain’t a kid anymore,” and my never-flexible muscles, ligaments, and fascia are getting tighter all the time. I want to be able to move well until I’m an old, old lady, so if I start working on being a bit more limber now, my future body will thank me. 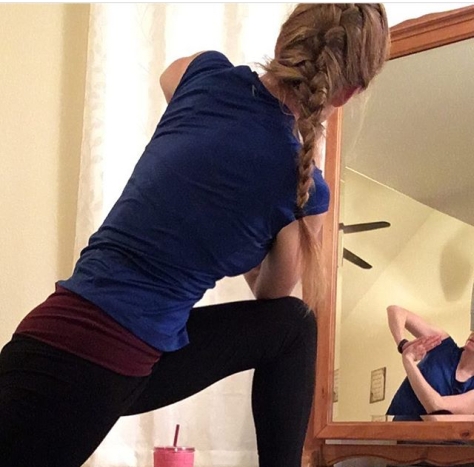 Proof that I actually do yoga every now and then.

In related fitness news, I’m also considering really stretching my limits and signing up for my first ultramarathon (insert nervous face here). There’s a 55K near Estes Park (one of J and my favorite places) on Labor Day weekend… (end of thought for now. We’ll see where this goes). 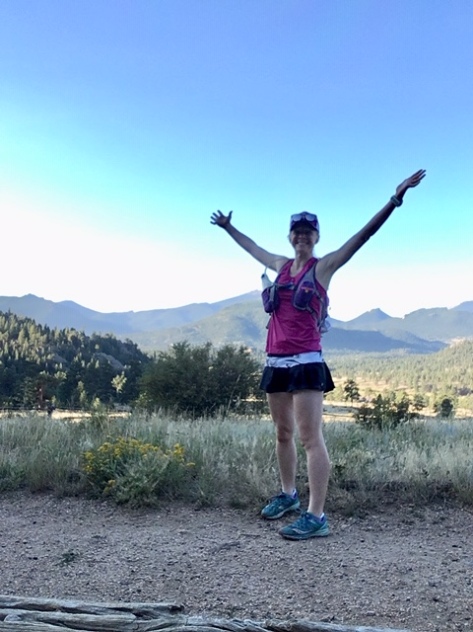 I’m pretty sure the race runs near where this pic was taken. Not bad scenery, eh?

And finally, J and I are working on “stretching” our dollars. We were late to the Dave Ramsey party and only discovered his methods last summer, and we’re working to pay down some debt and build more savings (like everyone else in America).

As you can see, “stretch” applies to many areas of my life. I’ve got that scared-but-excited feeling that always comes with things that make me leave my comfort zone… and this time, the feeling is for the whole year. Wish me luck, and feel free to give me any tips or “hacks” for any of the areas that I’ll be “stretching” this year! 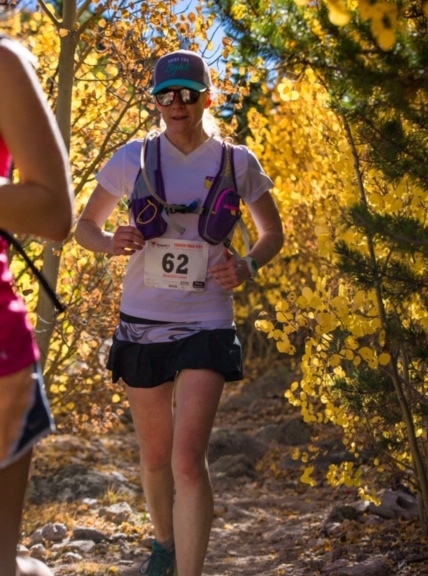 January must have been pretty boring; I don’t have any pictures or remember anything remarkable. Things started picking up in February. We got a new nephew (number 4!) 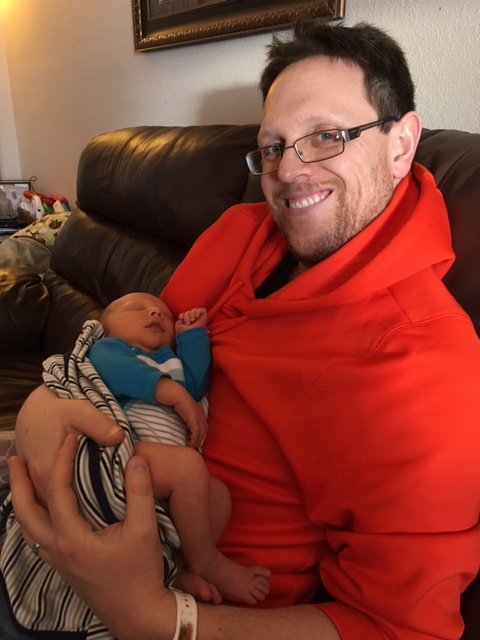 and I ran and J walked a frigid 4-mile race (the Sweetheart Classic, one of my favorites). 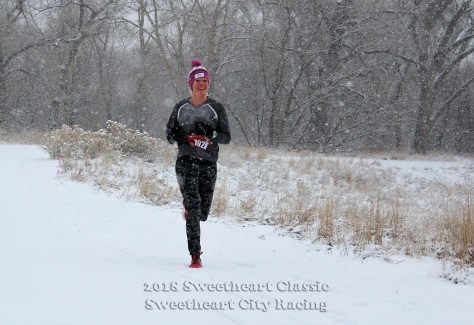 I also spent two days at an English-teacher conference, working on my “word” and connecting with some colleagues.

March was a whirlwind of work and visiting family at spring break, and April brought several adventures. I ran the Horsetooth Half Marathon 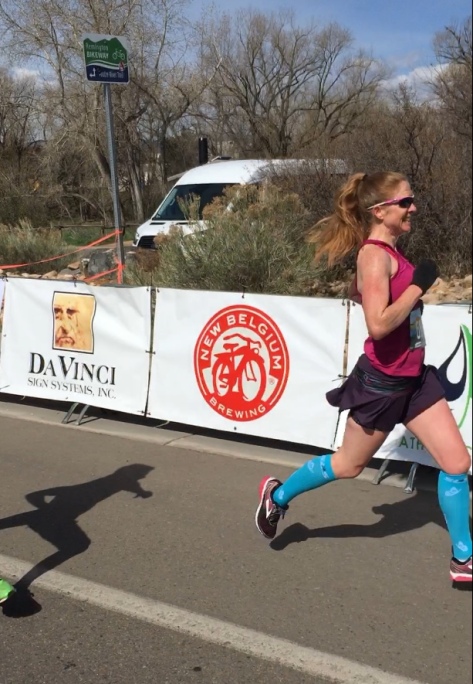 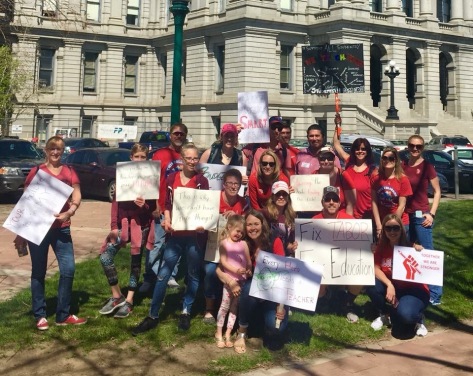 and we took a quick weekend trip to Bellingham, Washington, to watch Jordan’s cousin get married (and visited a tulip farm while we were there). 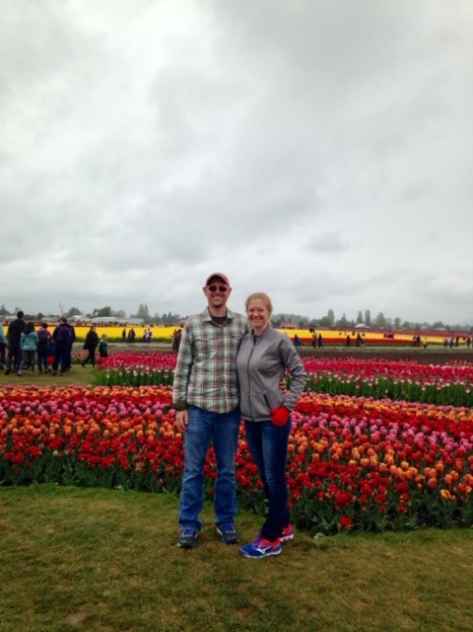 May flew past, and June brought the beginning of an adventure-filled summer. I won the Skirt Sports 13er after a weekend of bonding with my Skirt sisters, 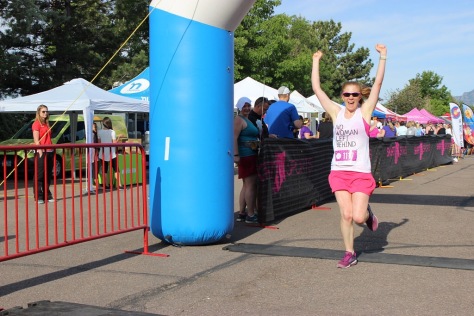 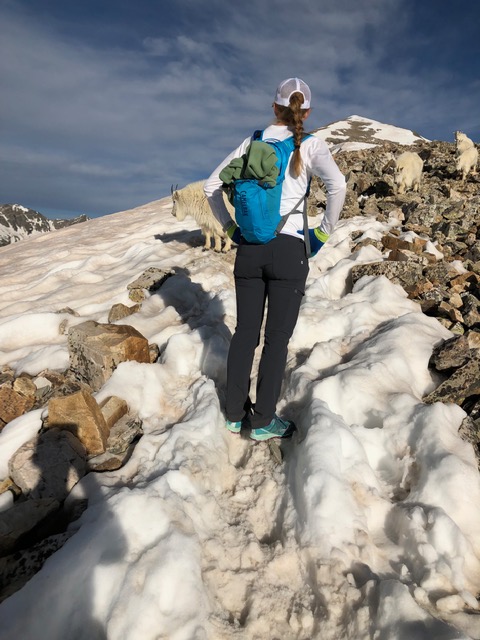 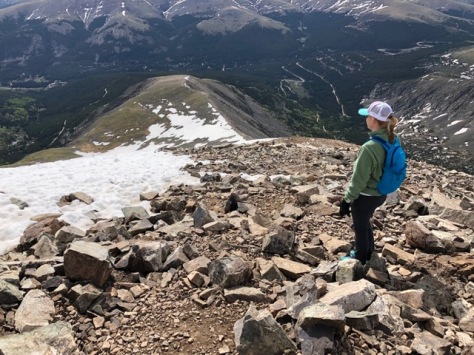 and spent a four-day weekend in Cabo with my BFFs. 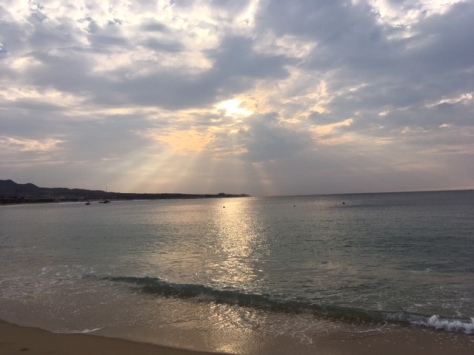 June is also our anniversary month, so we camped, hiked, and biked, including a moonlight bike ride on our actual anniversary. 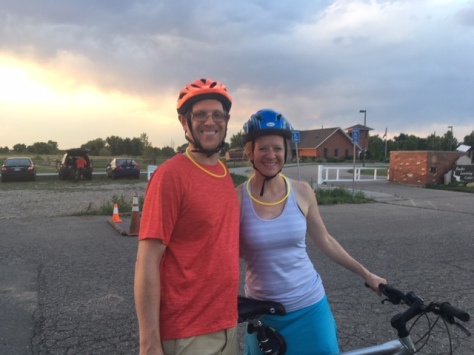 July and August run together in my mind, so suffice it to say that I spent a lot of time in the mountains and made some great new trail running friends. 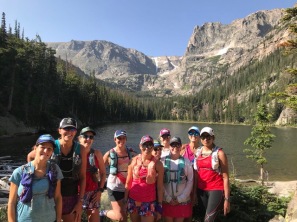 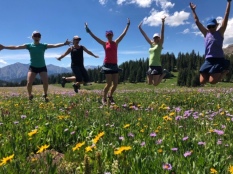 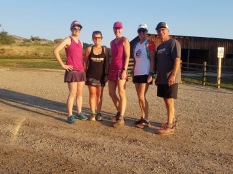 Summer ended and my twelfth year of teaching (third at this school) began. I was excited to be back in the building (I was in a modular last year), and I felt like I was finally settled into my “new” school. The start of the school year meant less mountain time, but I  still managed a few high-altitude training runs before the Sourdough Trail Marathon in September. 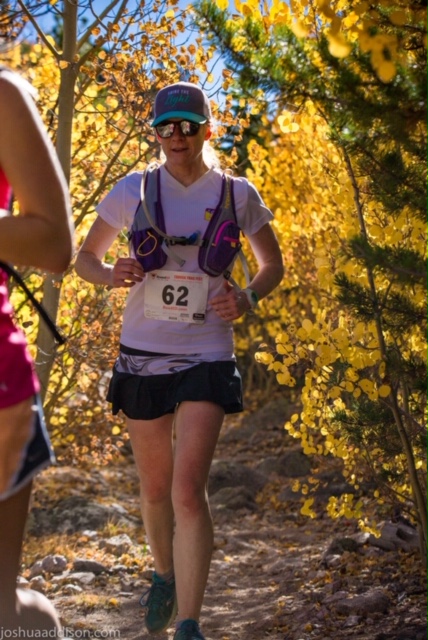 I won the race, which would be a lot more impressive if I didn’t tell you that it was a free (donation-based) race with 35ish participants. But it was beautiful, and I had a great time running it.

September wrapped up with the 5k graduation race for Running Start, the nonprofit that helps women who are “stuck” overcome barriers to fitness. I was a personal motivator, and my beginner, Zaira, rocked the socks off the program. She’s going to be faster than I am, methinks 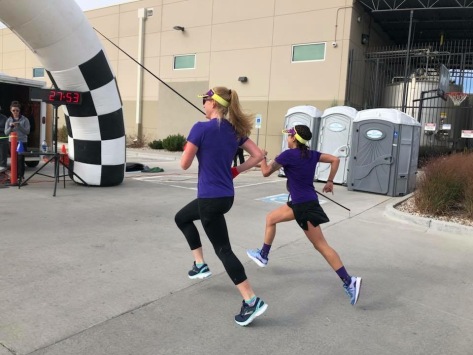 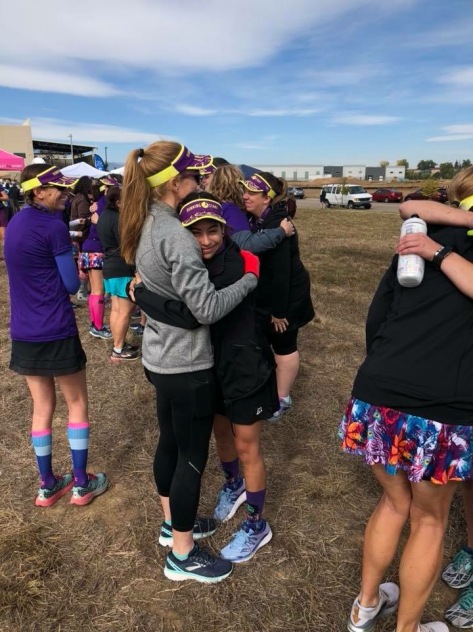 The last quarter of the year brought a lot of work (of course) and a lot fewer adventures. J and I have made a point to do some sort of date night every week, though, whether that’s a nice dinner out or driving around to look at Christmas lights 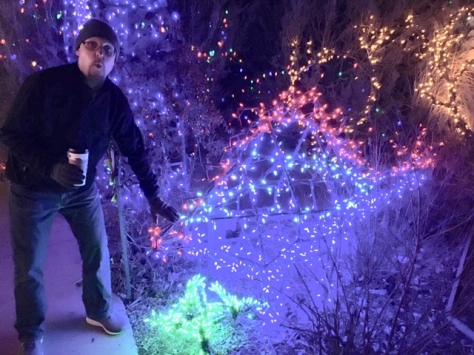 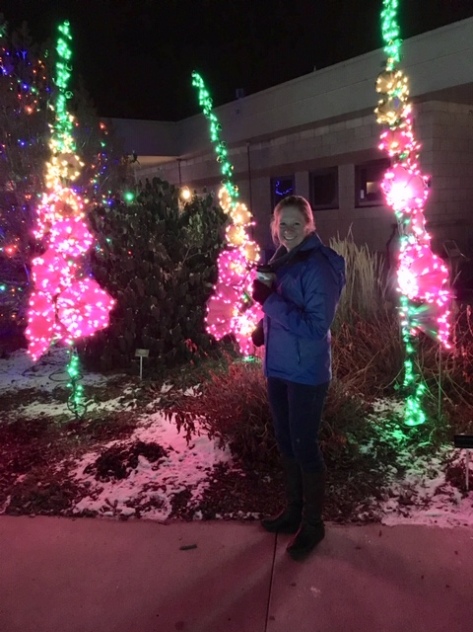 (or going to the lights display at The Gardens at Spring Creek in Fort Collins).

My final race of the year was a local Jingle Bell Run 5k, a fundraiser for the Arthritis Foundation. One of J’s colleagues has arthritis and formed a team. We were Griswold-themed; J is Cousin Eddie and I’m supposed to be the cat after its run-in with the Christmas lights. 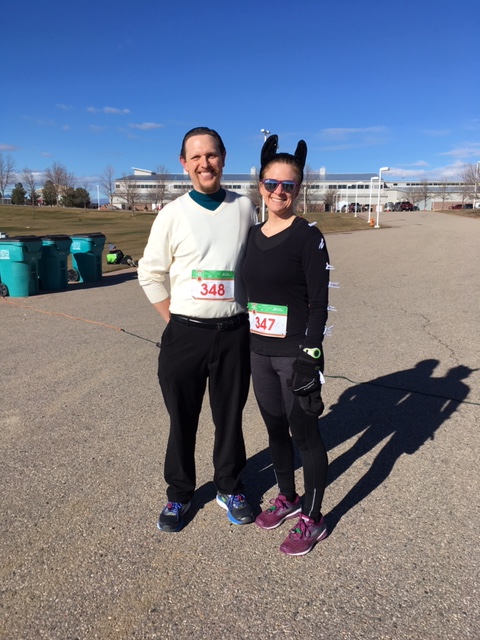 The year ended with visiting both families over Christmas and a quiet night at home for New Year’s. I’m not sure yet what 2019 has in store, but I’m ready to face the challenges, embrace the adventures, and make 2019 a fantastic year!

(P.S. You’ll notice that I’m wearing Skirt Sports in a lot of these pictures. I’m planning to continue my ambassadorship in 2019; if you’d like a 15% discount, click here or  use code 841SONN at skirtsports.com).